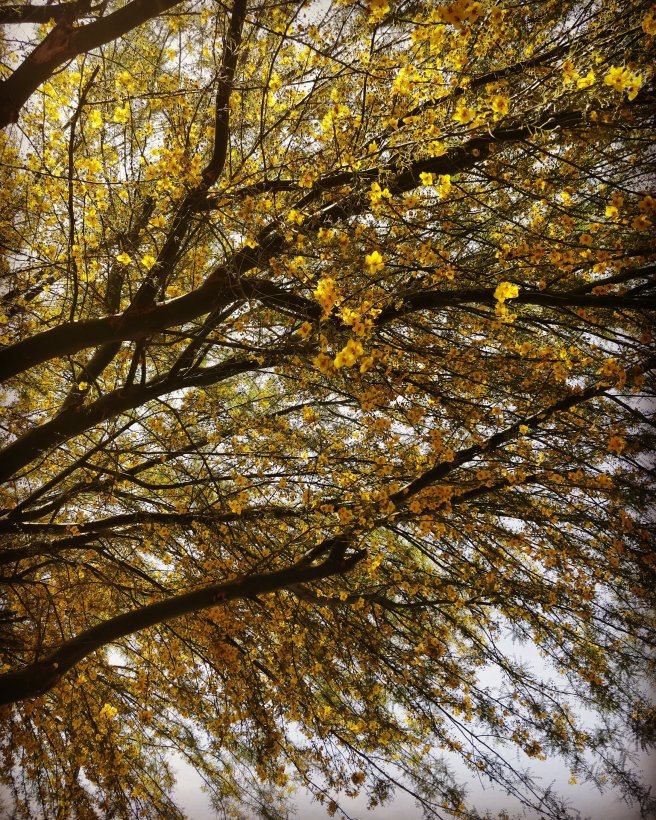 Today I found a tree that looked like a painting. Everything about it had a story, from the trail of ants navigating the chipped bark to the bees pollinating the flowers. Underneath the soil, there was plenty happening with micro-organisms. If we look at something long enough, we can begin to see how it is connected to everything. But the moment we start comparing the beauty of this tree to other more magnificent ones, we stop looking deeper and focus more on distinction rather than similarity. The same is true about ourselves when we begin comparing ourselves with the success and stories of others. As Theodore Roosevelt once famously said:

Comparison is the thief of joy.