During an “End of The World” party event, we were asked to pick a random death necklace. The necklace contained information about how we hypothetically die during the apocalypse. According to my friend’s 9-year-old daughter, my hypothetical death during the “apocalypse” was the clumsiest one! 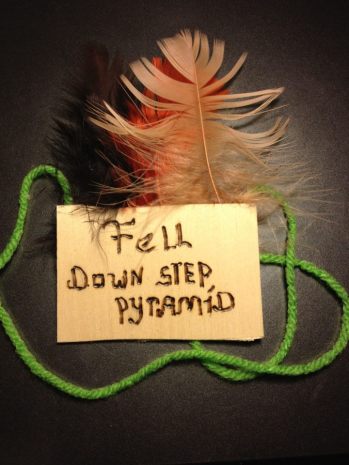 Hello. My name is Jay-Ram (Jay-ROM) and I'm an Indian-American who's been a pharmaceutical chemist and writer for many years. My fascination with science began as a nine year-old watching shows like "Bill-Nye The Science Guy" and "The Magic School Bus." Having a scientifically inclined thinking allows me to unconventional solutions to problems, which allowed me to help friends and colleagues. I believe that the spirit of science is to find truth and help others; as the great scientist and philosopher Carl Sagan once said, “Science is not only compatible with spirituality; it is a profound source of spirituality.” View all posts by Jay-Ram